Smallbore rifle matches are 40 shot matches consisting of 10 shots in each of 4 basic rifle shooting positions; prone, standing, sitting and kneeling.  Each of these positions is called a "stage" and our league matches therefore are 4 stages or positions.  Often this is abbreviated as a 4-position match or 4P.  All league rifle matches are fired at a distance of 50 feet at the conventional indoor target (NRA A-17) using either metallic sights or telescopic sights.  Red dot, illuminated and laser sights are not permitted in smallbore rifle shooting rules.  Ammunition must be .22caliber rimfire ammunition using lead bullets with a bullet weight of 40grains.

Each target consists of a center sighting bull and ten record bulls surrounding the center sighting bull.  Unlimited sighting in shots are allowed at the center bull's eye but only one shot is permitted in each record (scoring) bull's eye.  Each record shot has a potential score of 10 points bringing the total for each position to 100 points and the total for a match to 400 possible points.

League matches are not timed as in registered or approved matches.  However, each competitor is expected to complete firing of the match in a time frame that closely approximates the firing times that would be expected for registered matches, roughly 1.25 hours to 1.5 hours is sufficient time to complete the match. 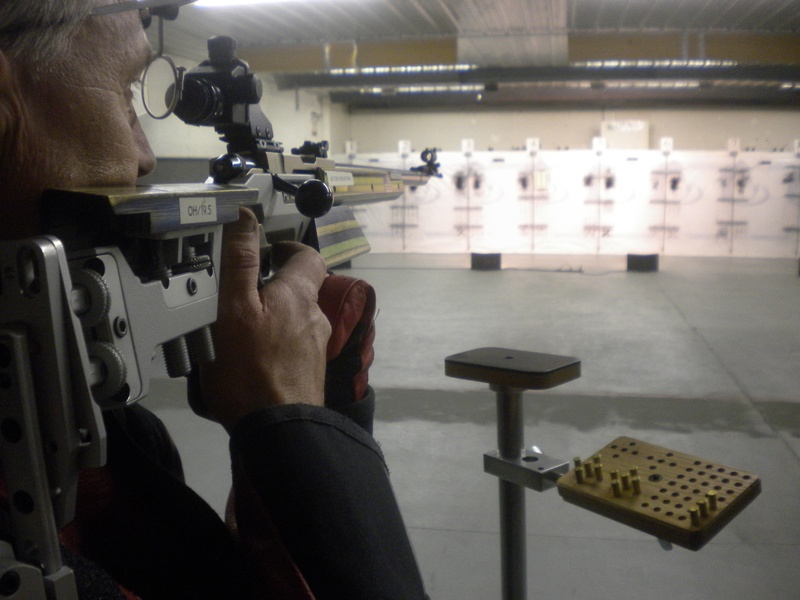